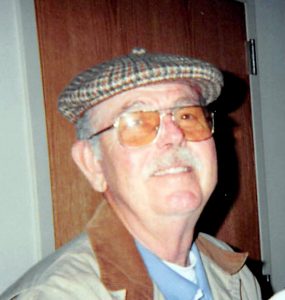 Alton Bond Sutton Jr., of Summit, went to be with the Lord on April 17, 2022. Al was born to Alton B. Sutton Sr., and Catherine Ratcliff Sutton on June 26, 1943, in New Orleans, La. He grew up in Monticello and graduated from Monticello High School in 1961. Following his graduation, he attended Copiah-Lincoln Community College, Wesson, where he received his associate degree in 1963.
In the summer of 1965, he married Frances Jordan. They built and operated Al’s Fish Camp in Wanilla in 1967, which he and Frances operated until her death on Nov. 26, 1996. Al then sold the fish camp and moved to Summit, where he went to work for Texaco Offshore. Following his retirement from Texaco, Al met and married Netta Barton in 2000. They resided in Summit until his passing.
Al loved to fish and read better than almost anything. He and Neta were members of the Heart-to-Heart Ministry in Summit.
Al is survived by his wife, Netta, of Summit; a brother, Jimmy, of Monticello; a daughter, Alise (Kevin) Smith, of Summit; and a son, Bryan (Allison), of Jayess. Grandchildren include Tanner Smith, of Covington, La.; Jake (Makayla) Smith, of Savannah, Ga.; Heath (Madison) and Will, both of Hattiesburg; and Mary Frances, of Jayess. Stepchildren include Troy Bradberry and family, of Dallas, Texas; Randi Clawson and family, of Forney, Texas; Timmy Bradberry, of Lake Jackson, Texas; Samantha Campbell and family, of Prague, Okla.; Phillip Bradberry and family, of Greenville; and Christina McLendon and family, of Sedalia, Mo. In addition, Al is survived by countless step-grandchildren and step-great-grandchildren.
A funeral service was held April 20 at Wilson Funeral Home in Monticello, with burial at Monticello Cemetery.