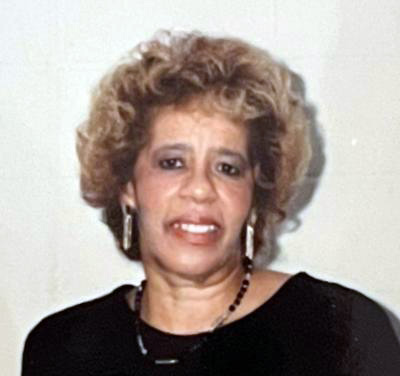 Shirley Marie Collier passed away Dec. 2, 2021. She was born on May 24, 1936, to Archie and Lula Mae McGill in Poplarville. She was the fourth child of seven siblings. She was preceded in death by her husband, Robert Collier; parents; and three brothers, Billy Ray McGill, James McGill, and Henry McGill.
She attended Alcorn State University and received a bachelor’s degree in elementary education. She met her husband, Robert, a native of Starkville, on the campus of Alcorn State University.
Shirley and Robert were united in holy matrimony on July 9, 1960. They celebrated 60 years of marriage on July 9, 2020. Five children were born to this union: Robert, Sherry, Shelia, Gerald, and Nicole. Shirley and Robert began their career as educators in Tunica. Shirley taught in the Rosa Fort School System. They moved from Tunica to Monticello in 1966. Shirley continued her career in education teaching at McCullough School until becoming a full-time homemaker in 1970.
Shirley found Christ at an early age. She and Robert joined Monticello First Baptist Church and became faithful members. She served as a deaconess, chair of the deaconess, and prayer band leader. She enjoyed Sunday school and faithfully attended. She also enjoyed working at Vacation Bible School during the summer. She visited and prayed with the sick at the hospital, nursing home, and the homes of church members. Shirley loved sharing her blessings with others. Helping others in need was something she loved to do. One of her favorite gospel songs was “Trouble of the World” by Mahalia Jackson.
She is survived by her five children: Robert D. Collier (Tondia), of Brandon; Sherry Lewis, of Harrisburg, Penn.; Shelia Reed (Gary), of Madison; Gerald Collier (Charlene), of Ridgeland; and Nicole Barnes (James), of Spanish Fort, Ala.; nine grandchildren, Amber and Brittany Lewis, of Harrisburg, Penn.; Alexis and Mya Barnes, of Spanish Fort, Ala.; Gabrielle and Destiny Collier, and Dantonio Evans (Kieyschmen), of Brandon; and Jordan and Brandon Collier, of Ridgeland; two brothers, Archie and Bobby McGill (Melinda); one sister, Betty Tillman, of Poplarville; and a host of nieces and nephews.
“Who can find a virtuous woman? For her price is far above rubies” – Proverbs 31:10