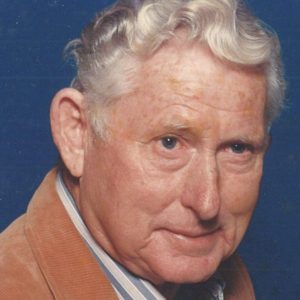 “Denver” Franklin Alexander, 87, of Jayess, went to be with the Lord, Sunday, April 5, 2020, at New Dawn Retirement Center in Ruth. Mr. Denver was born December 25, 1932, and was the son of Wood and Undine Dunaway Alexander. He was a member of Jayess Baptist Church for 60 plus years. He was a loving and devoted husband, father, grandfather, brother, and friend. He served his country in the Air Force as an airplane mechanic. He retired from the United Gas Pipeline and owned his own portable saw mill; but his passion (besides his family) was being outside gardening, baiting the trout line, or seeing about his cows. To know him was to love him.
He was preceded in death by his loving wife of 63 years, Eleanor “Janette” Alexander; his parents; two brothers, Dewell and Darwin Alexander; one sister, Willie Mae Brister; and one step-grandson, Tyson Vaughan.
He is survived by two sons, Glen Alexander and Rhonda, of Culleoka, Tenn.; and Eddie Alexander and Cynthia, of Jayess; one sister, Eunice Greer; eight grandchildren, Benjamin Alexander and Mary, Melanie Wallace and Frank, Nathan Alexander, Monica Miller and Brently, Miranda Kennedy and Johnathan, Andrew Alexander, Patrick Alexander, and Franklin Alexander; two step-granddaughters, Christy Stuart and Jesse, and Kayla Graves and Reid; and a host of great-grandchildren, nieces, nephews, family, and friends.
A graveside service was held at 3 p.m. Wednesday, April 8, 2020, at Providence Baptist Church Cemetery in Jayess, with Bro. James Sanders officiating and Sharkey Funeral Home in charge of the arrangements.