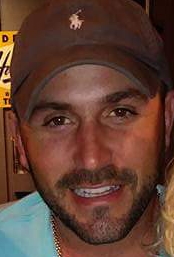 Funeral services for Lance Anthoney Reid, 31, were held on Saturday, August 19, 2017 at 2 p.m. at Pine Grove United Pentecostal Church in Foxworth. Wilson Funeral Home was in charge of arrangements.
Lance, of Tilton community, passed from this life on August 8, 2017 in rural Lawrence County due to a motorcycle accident. He was born on January 9, 1986 in McComb to Samuel “Tony” and Karen Carey Reid. He was a member of Pine Grove Pentecostal Church all of his life. He loved the outdoors, playing with children, making people laugh and tearing things up. Lance served his country in the U.S. Navy as a young man. He had a wide variety of skills but was working as a welder with Bo Mac Construction in Port Arthur, Texas at the time of death.
He is survived by his children, Talan Jase Pfaffenberger and Treston Wilder Reid, step-child, Paxton Bessonette, son, Hudson Lee Reid and step-child, Karcey Tanksley; wife, Jordan Hudson Reid; mother, Karen J. Reid-Price; step-father, Earl Ray Price “Jr.”; brother, Samuel “Wade” Reid; sister, Samantha Jean Reid-Dunaway (William); grandmother, Barbara Ann DeFriend and grandfather, Earl Ray Price Sr. He had numerous aunts and uncles, nieces and nephews and cousins who were all very beloved by him.
He was preceded in death by his father, Samuel Anthoney “Tony” Reid and his loving grandparents, G.W. and Francis Reid, Walter Irwin Carey and Kathleen Price.
To share condolences, please visit www.wilsonfuneralhomemonticello.com.