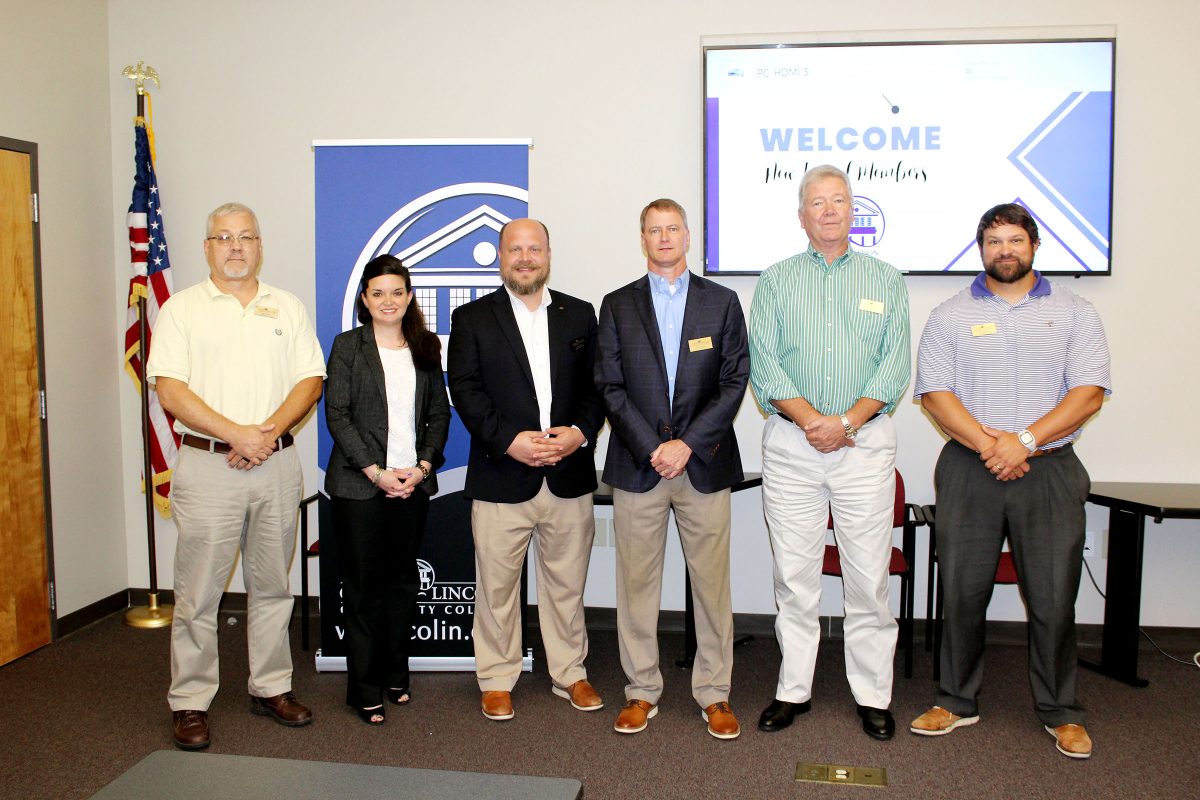 The Copiah-Lincoln Community College Foundation recently elected six new members to its board: James Brown, Aimee Guido, John C. Hughes, Stephen McNulty, Dustin Walker and Marney Walker.
James Brown
James Brown, of Natchez, is a 2005 graduate of Co-Lin, a 2012 graduate of Northwestern State University, where he received a degree in business administration, and a 2019 graduate of Louisiana State University’s Graduate School of Banking. He currently works as the senior vice president of Delta Bank.
Brown is a member of the Natchez Rotary Club and the Santa Clause Committee, and he serves as an advisory committee member for the Business and Marketing Management program on Co-Lin’s Natchez campus.
He and his wife, Amy, have two children: James (10), and Julia (7).
Aimee Guido
Aimee Guido, of Natchez, is a 2005 Co-Lin graduate, and she received a Bachelor of Education from Delta State University and a Master of Education from the University of Southern Mississippi. She currently works as a project manager at Natchez, Inc., and she is a former instructor for Co-Lin.
Guido is a member of the Historic Natchez Foundation and Natchez Garden Club, and she currently serves as a board member of the Ellis Laine Malone Foundation.
John C. Hughes
John Hughes, of Brookhaven, is a graduate of Brookhaven High School and Nashville Auto Diesel College. He currently works as branch manager of Waters International Trucks, Inc. in Natchez.
Hughes has served on the Southwest Mississippi Regional Railroad Authority and the NADC/Lincoln Technical Advisory Committee.
He and his wife, Christie, have four children: Baylie Hughes, Stephen Harris, Jena Hughes, and Jona Hughes. Two of their children currently attend Co-Lin.
Stephen McNulty
Stephen McNulty, of Bude, is 1976 graduate of Co-Lin. He received his bachelor’s degree in supply chain management from the University of Southern Mississippi in 1979 and his master’s degree from Arizona State University in 2012. He is retired after a career in the oil and gas industry.
Dustin Walker
Dustin Walker, of Brookhaven, is a 1989 graduate of Co-Lin and a 1992 graduate of Mississippi State University, where he received a Bachelor of Business Administration. He currently works as city president at BankPlus.
Walker is a past president of several organizations within his community, including the Brookhaven-Lincoln County Chamber of Commerce, Krewe of Ceres, Brookhaven Servitium Club, and Brookhaven-Lincoln County Mississippi State University Alumni Association. He has also served as chairman of the Lincoln Civic Center baseball committee, First Baptist Church deacons committee and First Baptist Church finance committee.
He and his wife, Stacy, have two children: Alice Walker Malmstrom and her husband, Jake; and Gatson Walker, who was a member of the Co-Lin class of 2022.
Marney Walker
Marney Walker, of Magee, is a 1999 graduate of Simpson Academy and a 2001 graduate of Co-Lin. He received a Bachelor of Arts from the University of Southern Mississippi in 2002, a master’s degree from Belhaven College in 2005, and an Education Specialist degree from Mississippi College in 2009. He currently works at Peoples Bank in Mendenhall.
Walker is an active member of Goodwater Baptist Church, the Mississippi Bankers Association, the Mississippi and Simpson County Ducks Unlimited, the Simpson County Economic Development Foundation, and the Simpson Academy Board of Directors.
He and his wife, DeShea, have three children: Kade (15), Kolt (13), and Lucy, (11).
“I am excited to add these new members to our board,” Angela Furr, executive director of the Co-Lin Foundation, said. “Each one brings a unique skillset and network to the table that I look forward to utilizing in our efforts to support the college.”
The Co-Lin Foundation is a 501©(3) nonprofit organization which serves as the fundraising arm of the college. The Foundation is governed by a 25-member board of directors whose goal is to raise private monies to support the mission of the college. 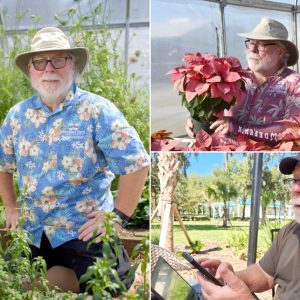 Southern Gardening: A season for everything