ors met twice last week to deal with county budget and tax levy issues for the upcoming fiscal year.
A public hearing on the proposed budget and corresponding tax levy was held Sept. 7. Charlie Prince, financial advisor to the board, explained that assessed value of property in the county was down a little over a million dollars from the previous year, according to tax rolls.
That means the county receives approximately $1,000 less tax revenue for each mill of taxes assessed to fund schools, road repair, law enforcement, and other critical services.
Supervisors did not vote to increase taxes for county operations. However, in order to meet the request of the Lawrence County School District, an increase of 2.6 mills was required.
The tax levy for the 2021 fiscal year will total 119.65 mills, up from 117.05 during the current fiscal year.
Prince went on to explain that the school system asks for a certain amount of money to fund its operations. A tax assessment is allocated to cover those funds. If the supplied funds fall short of the request, state law requires those funds be made up with a shortfall note from a lending institution and the amount to fund the note, as well as the amount of the shortfall, will be built into the next year’s tax levy.
Prince said if this financial situation occurs, the amount will have to be paid twice the next year, giving supervisors no real choice but to fund the amount requested. He gave the example of $100 being requested and only $80 being funded. In that case, a note for $20 would be required to fund the schools which would have to be paid off with tax money next year and then, $20 would have to be added to the tax levy going forward. He said the only way to keep the process running smoothly from year to year is to fully fund the request. 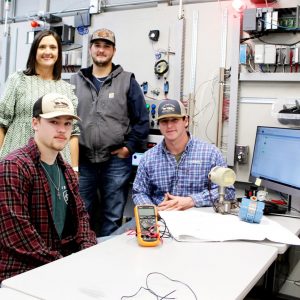