Services for Peggy Joyce Kerr Clinton were held Jan. 13, 2023, at Hopewell Baptist Church in McCool, with burial following in the Hopewell Church Cemetery.
Peggy Clinton, 77, died Jan. 9 in the front bedroom of her home in the Panhandle community of Choctaw County. She was born in this same front bedroom on May 28, 1945, to Winston Davis Kerr and Nora Jessie Sims Kerr. She was the third of their four children.
Peggy attended the Panhandle School and was a graduate of Weir High School. After high school, she was employed by Southern Bell in Jackson. She later lived in Monticello and Hattiesburg before returning back home in January 2002.
While in Monticello, Peggy was at radio station WMLC and was a bookkeeper for Clinton Oil Company. She was instrumental in founding and managing a company that originated and operated several weekly newspapers and radio stations across South Mississippi. She remained active in the various business that she and her husband operated for over 50 years, until illness and poor eyesight ended her career.
Peggy loved flowers, was an excellent seamstress, and enjoyed reading and traveling. Always competitive, in her early years she participated in both slow pitch softball leagues and a women’s bowling league. She was a member of Hopewell Baptist Church.
Peggy was preceded in death by her parents; her brother, Jessie Davis Kerr, of the Panhandle community; and her sister, Annie Elizabeth (Becky) Ray, of Terry.
She is survived by her husband of 38 years, James Ernest (Jim) Clinton; her brother, Henry Lee Kerr (Sudah), of Valdosta, Ga.; her daughter, Rhonda Sue Harvill (Barry), of Hoover, Ala.; her stepsons, Herbert Nickey (Nick) Boyd, of Orlando, Fla.; James Paul Clinton, of Daphne, Ala.; her stepdaughter, Anita Sharyl Donegan (Ron), of Brookhaven; two grandchildren, Brandon Marlowe Fort and Jacqueline Eliza Fort, both of Hoover, Ala.; along with nine step-grandchildren.
Special thanks to niece Betty Louise Smith and Marilyn Joyce Knowles for the special love and care they gave to Peggy over the last years of her life.
Porter Funeral Home of Louisville was in charge of the arrangements.
In lieu of flowers, donations may be sent to Hopewell Baptist Church, or to the Hopewell Baptist Church Cemetery Fund, at 1246 McCool Stevenson Road, McCool, MS 39108. 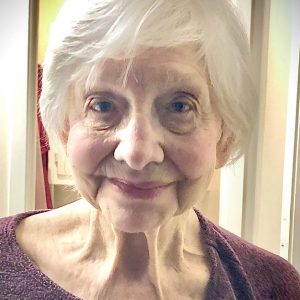