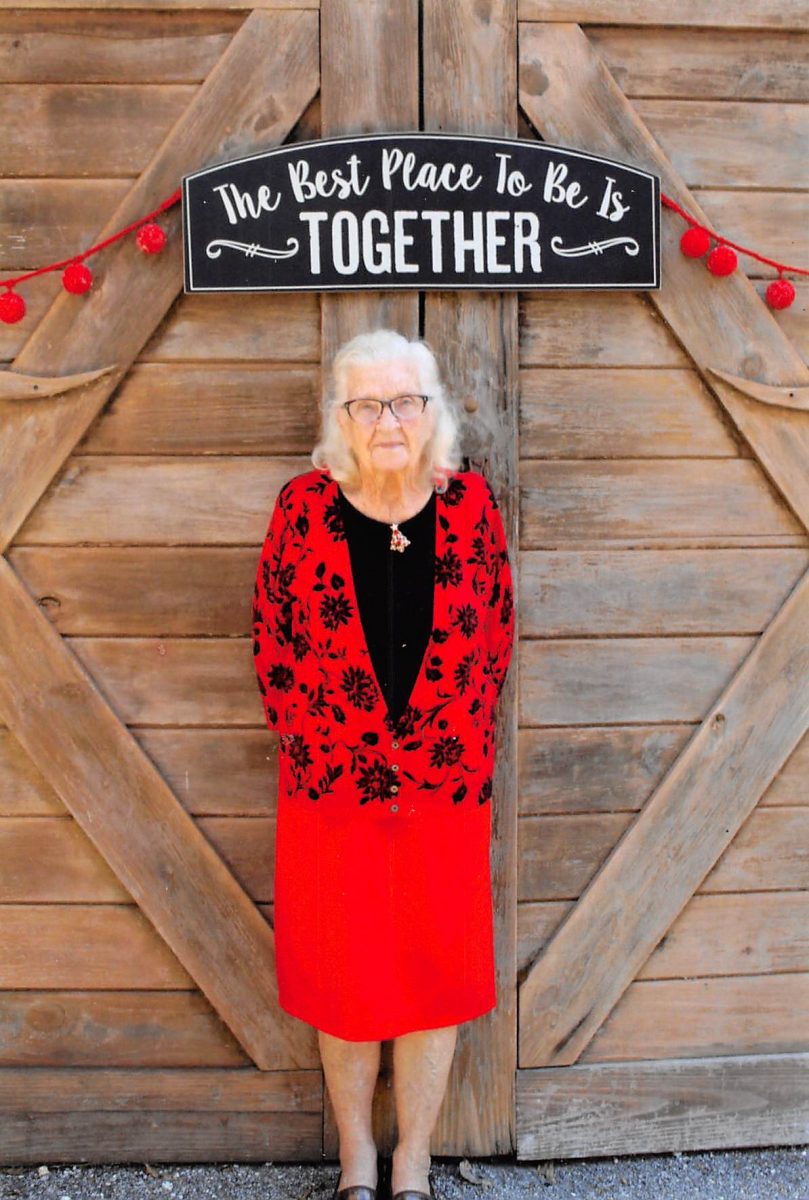 On Sept. 7, 2022, at the age of 92, heaven gained one of its greatest angels, Frankie Eugenia Evans Wilson, better known as Momma, MawMaw, Aunt Frankie, or Miss Frankie. She passed away peacefully in her sleep.
Frankie was born Jan. 16, 1930, to Amos Jeff and Livvie Mississippi Rice Evans of Nola. Frankie is the sister to Dorothy Nell Evans McDaniel who resides in Gulfport. She was preceded in death by two other siblings, brother Maxie Evans and sister Grace Laverne Evans King. Frankie married her sweetheart, Roy Glinn Wilson, on June 29, 1946. They shared a wonderful life of 53 years together when Roy passed away on Nov. 30, 1999.
Frankie worked at Kellwood as a side and end seamstress for over 30 years. After that, she continued to work with the senior aide program through Copiah-Lincoln Community College and was placed at numerous places in Monticello, including the Lawrence County Health Department, the county Extension office, and the Lawrence County School System. Through that program, she was then hired as the nutrition site manager at the Lawrence County Senior Center for Southwest Mississippi Planning and Development District/ Area Agency on the Aging and worked there until she retired at the age of 88.
Frankie was well-loved in her small town. She always had a smile on her face for everyone and loved to laugh. She loved the Lord and was a faithful member of Monticello United Methodist Church. One of the things she loved to do and was well-known for was making and giving away her wonderful homemade peanut brittle candy. She loved being outside and could always be seen working hard in her yard throughout the years and loved her flowers.
Frankie is survived by her sister, Dorothy Nell Evans McDaniel; by her three children, Gordon Wilson (Cindy), Pat Payne (John), Martha (widow of Carroll); five grandchildren, Natalie Peavey St. John, Ginger Wilson Lambert, Joellen Peavey Allen, Mark Wilson, and Sean Thibodeaux; seven great-grandchildren, four great-great-grandchildren, several grand and great-grandchildren, as well as several nieces and nephews.
Nothing made Frankie happier than doing for others and she will be greatly missed by all.
A graveside service only per her request was held Sept. 12 at the Masonic Cemetery, Monticello.
In lieu of flowers, donations can be made in Frankie’s memory to the Monticello United Methodist Church or purchase a Gideon Bible in her memory.