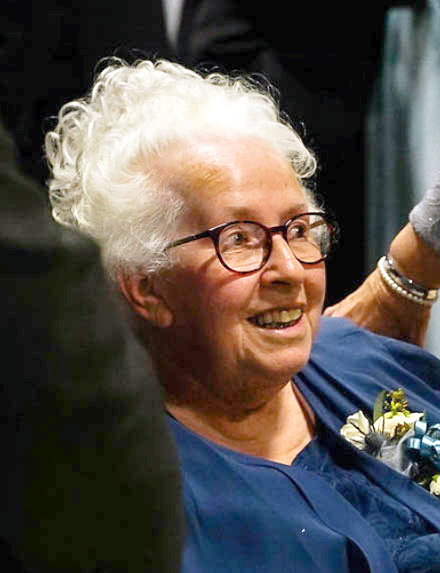 June Elizabeth Wallace Smith, 73, of Jayess, passed from this life and into life everlasting on Aug. 7, 2022, at her home. June was born May 5, 1949, in Tylertown to Delton Price “Bill” and Nina Kyzar Wallace.
Funeral services were held Aug. 9 at Powells Grove Pentecostal Church in Jayess, followed by graveside services in the church cemetery. Wilson Funeral Home was in charge of the arrangements.
She is survived by her son, Bren Smith and his wife, Cassie, of Jayess; and by one expected grandson, Everette Glen Smith. She is also survived by Marlin and Margrit Wallace, Deloris Adams, and Wanez and Ricky Rutland, Angela Smith and their families; and leaves behind two brothers, Smitty Joe Stuckey and Carroll “Butch” Wallace and his wife Melanie; and two other sisters-in-law, Frances “Pat” Neal and Joy Wallace. Aunt June’s memory will be forever cherished by all of her beloved nieces and nephews, along with her extended family and a host of friends and loved ones.
June was preceded in death by her parents and by her husband, Glyn Olyn “Hobo” Smith; two brothers, Willie Price Wallace and Roger Terrell Wallace; one sister, Mary Ann Wallace Martin; and one stepson, Billy Wayne Smith.