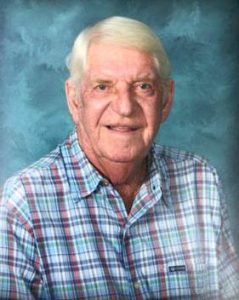 On April 14, 2022, Larry Gayle Miller, a loving husband, father, and brother, passed away in Hammond, La. Larry was born March 2, 1943, to John Wilson Miller and Irma Neice Miller from Jayess.
He is survived by his loving wife, Linda Leggett Miller of 50 years; daughters, Pam Miller, of Jayess; and Debra Miller Bates, of Brandon; grandsons, Jason Bates and Jagger Bates, of Brandon; sisters, Clara Herrington, of Tylertown; and Judy Johnson, of Jayess; brothers-in-law, Kenneth Leggett and Gary Leggett; and numerous nieces and nephews.
He was preceded in death by his parents and one infant son, Larry Jason Miller.
A funeral service was held April 18 at Wilson Funeral Home, followed by graveside services at Providence Cemetery in Jayess. Wilson Funeral Home handled the arrangements.
Larry never met a stranger. He was loved by everyone that ever met him – from strangers, people he met in his 40+ years of working on the railroad, to his family. Everyone was proud to call him a friend. Many can attest that Larry was always someone who loved to help others. He enjoyed spending time with his family, cheering on his Ole Miss Rebels, giving his nieces and nephews their first suckers, golfing, drinking coffee with his buddies, making the best pecan pies ever, and watching “Raw Hide” and westerns daily.
Although he will be deeply missed, we will never forget our “Grasshopper.”