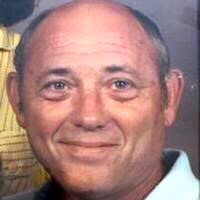 Graveside services for Retired Master Sergeant Garrar “Bo” Bilbo were held Feb. 5, 2022, at New Hebron Cemetery in New Hebron. Rev. Mike Grenn officiated. Master Sargeant Bilbo, 85, passed away Feb. 1 at Magee General Hospital in Magee. Saulters Moore Funeral Home handled arrangements.
Garrar “Bo” Bilbo was born on Sept. 28, 1936, in Picayune to Retus G. and Lydia Kirkland Bilbo. “Bo,” as he was affectionately called, was married to his sweetheart, Evelyn, for 67 years. Bo proudly served his country and retired as a master sergeant with the United States Air Force. After retiring from the Air Force, he worked for many years as a mechanic. Bo had a love for aircraft and was known as a man that could fix anything from lawn mowers to airplanes. If someone had a mechanical part that couldn’t be obtained, there were no worries…Bo would simply make the part himself, usually better than the original manufacturer would make it. In addition, Bo enjoyed fishing and raising a beautiful garden. He was a member of Old Hebron Baptist Church and during his active years at Old Hebron, he served on the Buildings and Grounds Committee, taught a Sunday school class, and also sang in the church choir. Bo was a friend to all, and his family was his “heart.” He will be truly missed.
He was preceded in death by his mother and father, Retus and Lydia Bilbo; and a sister, Frances Thomas.
Serving as pallbearers were Billy Bilbo, Wayne Bilbo, Aaron Bilbo, Bobby Lee, Stanley Stephens, and James White. Roy Fortenberry served as an honorary pallbearer.
Bo’s memory will be forever cherished by his loving wife of 67 years, Evelyn Bilbo, of New Hebron; two daughters, Lisa (Keith) Bilbo Hux, of New Hebron; and Susan (Bobby) Bilbo Cliburn, of Silver Creek; and one brother, Garrow “Bill” (Linda) Bilbo, of Picayune. The legacy of their Pawpaw will live on through the grandchildren, Lindsay Renner, Jennifer Renner, Brian Cliburn, and 6 great-grandchildren.
In lieu of flowers, the family requests contributions be given to New Hebron Baptist Church Building Fund.