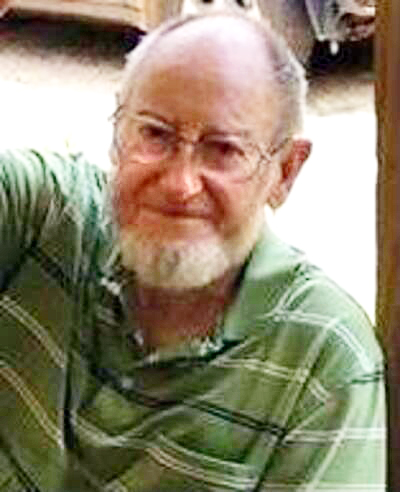 Funeral services for Harold Jackson were held Jan. 10, 2022, at Saulters Moore Funeral Chapel. Rev. Eddie Myers officiated. Mr. Jackson, 80, entered into the eternal rest of his Lord Jan. 7 at the Wesley Medical Center in Hattiesburg. Saulters Moore Funeral Home handled the arrangements.
Mr. Jackson was born on Sept. 1, 1941, to Clifford and Julia Johnson Jackson. After graduating high school, Mr. Jackson enlisted in the United States Air Force, where he was a paratrooper, served as a chef, was on the rifle team and earned the distinction of a sharpshooter. After his separation at Camp Shelby, he served many years in the Mississippi National Guard.
Harold and his wife, Geraline, made many happy memories together during their 55 years of matrimony. One of the things they especially enjoyed together was their trips to Colorado where they stayed in their cabin. Harold loved to work in his garden and enjoyed fishing, and especially loved to hunt squirrels.
Mr. Jackson loved his Lord and was a faithful member of Arm Baptist Church. In addition to being an ordained Baptist minister, he also served as a deacon and a Sunday school teacher. Mr. Jackson also served as a Royal Ambassadors leader to the young men at Arm Baptist Church, making many happy memories on camping trips and group outings.
Mr. Jackson was preceded in death by his parents; his brothers, Shelton, Enos, Edgar, Bill Jackson; and also his sister, Edna Letchworth.
Mr. Jackson’s memory will be cherished by his beloved wife of 55 years, Geraline Jackson, of Silver Creek; three sons, Bert (Jessica) Jackson, of Silver Creek; Lavon (Charlotte) Jackson, of Silver Creek; Shelton (Kristie) Jackson, of Monticello; one daughter, Doris Linderman, of Silver Creek; and a sister, Virginia Broom, of Oakvale. The memory of their “Papa” will also live on through his grandchildren, Tanner Jackson, Jacob Jackson, Meagan Bozeman, Melody Dillon, Ashton Gill, Ray Jackson, Jackson Lee Phillips; and also three great-grandchildren.