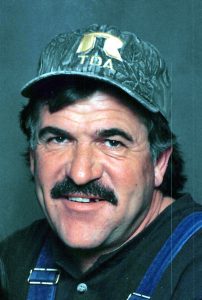 Gerald King, 65, of Monticello, passed away Oct. 9, 2021. He was born July 27, 1956, in Brookhaven to Elzen and Frances King.
Graveside services were held Oct. 13 at New Zion Baptist Church Cemetery in Monticello. Wilson Funeral Home handled the arrangements.
Gerald worked for many years as a carpenter for different construction companies, including his own King’s Construction. Come Oct. 1 through January, all work stopped on account of deer season when he hit the woods with his dog, Haddie, by his side along with his family. He also loved fishing, softball, and archery, in which he tied first for a world title. He was also a member of New Zion Baptist Church.
He is survived by his daughter, Diane King Polk; and granddaughter, Kaley King Polk. He also leaves behind one brother, Wm. Carrol King, and his wife, Elsie H. King; two sisters, Brenda King and Mary B. Lea and her husband, Joe Lea; along with his nephews, Andy King and Mark Butler; nieces, Holly Guthrie and Jenny Townsend; as well as extended family and lots of friends.
Gerald was preceded in death by his wife, Debbie King; his parents; and his brother, Jerry L. King.