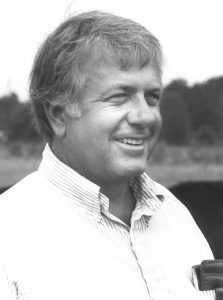 On Oct. 5, 2021, Theodore “Ted” William Preuss, loving husband and father of two children, passed away at home at the age of 82.
Ted was born on Dec. 4, 1938, in Louisville, Ky., to Frederick William “Bill” and Ruby Lea (Philpott) Preuss. He received his animal science degree from Mississippi State University in Starkville in 1960. He retired from Extension Service as a county Extension agent in Lawrence County. On April1, 1961, he married his “college sweetheart,” Sandra Elizabeth Wilkinson. They raised one son, Randall “Randy” William; and one daughter, Dr. Robyn Theresa (Preuss) MacSorley.
Ted’s family moved to Jackson when he was 9 years of age. Ted finished high school in the first graduation class of the newly-built Provine High School. He excelled in animal beef judging and was on the 4-H team to be the first in Mississippi to win this national honor in Chicago, Ill., in 1956.
He went to college at MSU and as a member of the Block & Bridle business fraternity, his livestock team were winners again in the High Beef Grading in Chicago. His awards in college were numerous. He was a very proud MSU Bulldog fan and was a season ticketholder in football and attended all the games for more than 60 years. He was awarded “Patrons of Excellence” by donating to the University in the field of agriculture and to the Bulldog Club since graduation from MSU.
Ted and Sandra dated three years, traveling between MSU and Hinds Junior College, prior to marriage in 1961. Following marriage, they moved to Monticello, where Ted pursued his dream of working with 4-H youth and has maintained a lifelong friendship with many of them. Ted and Sandra’s dreams were met as they bought farmland on the Pearl River between the communities of Oma and Wanilla. A farm was established, and it was a well-known Angus Farm, River Road Ranch, for over 40 years.
He later established River Road Daylily, where he hybridized many daylilies, including “Rainey’s Curls” named after his only granddaughter and “Margaret’s Blue Diamond” named after Sandra’s mother. “Bluegrass Memories” was his pride and joy daylily, which sold all over the world. He loved listening to bluegrass music and traveling as often as he could to Maggie Valley, N.C., and Mountain View, Ark. No matter where he traveled, he made friends of strangers. He was known for his integrity, loyalty, and eagerness to help others.
Ted was preceded in death by his father, Bill; his mother, Ruby; and his brother-in-law, Parvia Kiani.
He is survived by his wife, Sandra; his two children, Randy, wife Schanta; and Robyn, husband William; his sister, Donna (Preuss) Kiani; his brothers, Maurice, wife Teresa; Doug, wife Diane; and Roland Preuss; his four grandchildren, Greg Preuss, Dylan Preuss, Wesley MacSorley, wife Samantha, and Rainey MacSorley; and his two great-grandchildren, Liam MacSorley and Julia Dunnahoe.
Ted’s body was donated to science at the University of Mississippi Medical Center. The first memorial service was held at Our Redeemer Lutheran Church, Clinton, where he was a longtime member, on Oct. lO. The second memorial service will be held on Saturday, Oct. 23 at Bible Church, located at 1247 N.A. Sandifer Memorial Highway in Silver Creek, for visitors in the Lawrence County area to pay their respects. Family visitation will be from 11 a.m. to 1 p.m., with the service beginning at 1 p.m.
In lieu of flowers, memorials may be made to the Gideons International because Ted felt the Word of God should be spread throughout the world. According to the KJV Bible in Matthew 28: 19-20, Jesus said, ‘’Go ye therefore, and teach all nations, baptizing them in the name of the Father, and of the Son, and of the Holy Ghost: Teaching them to observe all things whatsoever I have commanded you; and, lo, I am with you always, even unto the end of the world. Amen.”