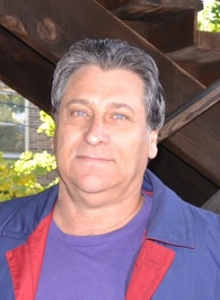 Richard Lynn Garrett, 70, of Jayess, peacefully departed this earthly life at his home on Sept. 23, 2021. He was born June 20, 1951, in Tylertown to William David Garrett Sr. and Donzie Thornhill Garrett. Richard was a graduate of Monticello High School and Copiah-Lincoln Community College, and labored as a lineman and serviceman for Entergy for 45 years. A true man of God, Richard loved the Lord and his Sunday school classes, which he taught for over 45 years. He was a talented musician and enjoyed singing and playing the guitar. Richard had a heart for missions, especially San Lazaro Methodist Protestant School in Belize. He was married to his first and only love of 49 years, Vicky Tynes Garrett.
He was preceded in death by his parents; his brother-in-law, Richard Buckley Powell; and his granddaughter, Kaitlyn Victoria Tullis.
He is survived by his loving and devoted wife, Vicky Tynes Garrett; brother, David Garrett (Diana), of Monticello; sisters, Diane Garrett Reid (Donald), of Monticello; and Mary Ruth Garrett Powell, of Jayess; children, Allison Garrett, of Jayess; and Gentry Garrett (Colleen), of Prosper, Texas; grandchildren, Natalie Caul Tullis, Ryder Jesse Garrett, Sawyer James Garrett; special great-niece, Bentley Wilson; and many special nieces and nephews.
A funeral service was held Sept. 26 at Divide Memorial Methodist Protestant Church. Presiding over the service were Rev. Marc Williams and Rev. Matt Lambert. Music was “I Can Only Imagine” performed by Cole and Brittany Powell, and “Thank You for Giving to the Lord” by Nikki Pierce and Lisa Daniels. Graveside service followed at Monticello Municipal Cemetery, with Rev. Carlos Dawson presiding. Graveside music performed by Gentry Garrett was “Oh, How I Love Jesus” and “Beulah Land.”
Pallbearers were Wirt Peterson, Larry Eaton, Glenn Weeks, Andy Tynes, Chuck Wilson, and Richard Izard. Honorary pallbearers were Jacob Rutland, Donald Reid, David Garrett, Pete Boyd, Will Rutland, and Wayne Renfroe.
In lieu of flowers, donations can be made in Richard’s honor to the San Lazaro Methodist Protestant School in Belize. Please make checks payable to The Methodist Protestant Church and include in the memo it is for the scholarship fund in memory of Richard Garrett. Send to Byron Carlisle, 31 Cammack Drive, Grove Hill, AL 36451-5243. Donations can also be made online at https://www.paypal.com/paypalme/gentrygarrett.