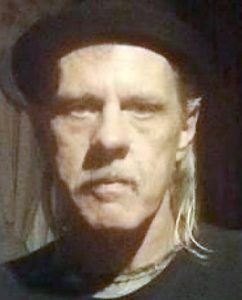 Jimbo Barton, 66, of Silver Creek, died Sept. 14, 2021, from complications of his heart and lungs. A funeral service was held Sept. 18 at Calvary Baptist Church in Silver Creek. Wilson Funeral Home handled the arrangements.
He was born to Mary Margaret Davis and Jimmy Barton while his father was in Silver Creek acting in the western, “Jesse James’ Women,” that was being filmed at the time.
William C. was named after his grandfather, Charlie Davis, but called “Jimbo” after his father because Jimbo was always a character. He made the most out of his short time on Earth. He enjoyed playing his guitar and singing with his local southern rock band, fishing, hunting, scuba diving, and photography, to name a few. However, he worked offshore for many years to help support his good times.
He was preceded in death by his parents.
Jimbo is survived by longtime friend, Kathy Jenkins, of Silver Creek; along with their two fur babies, Baby Love and Pete Pete; daughter, Megan Gusick; granddaughter, Isabella; and grandson, Tyler, all of Gulfport; a son, Jimmy H. Barton, of Jayess; grandson, Tristan Barton, of Monticello; grandson, Drake Barton; and granddaughter, Isabel Barton, both of Jayess; brothers, Tony Rogers, of Silver Creek, and Rusty Rogers, of Oakvale; stepfather, Barry Rogers, of Durant, Okla.; and a host of nieces and nephews.