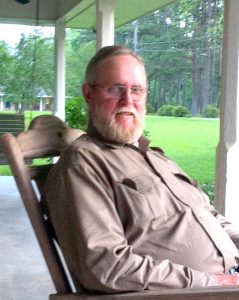 Jerry Westbrook, 77, of Monticello, passed away on Aug. 11, 2021. Jerry was born Jan. 15, 1944, in Orange, Texas, to Elton and Estell Holmes Westbrook.
A graveside service was held Aug. 14 at the Divide Methodist Protestant Cemetery. Wilson Funeral Home handled the arrangements.
Jerry was a veteran of the United States Marine Corps and retired from the Lawrence County School District; he was also a member of the Monticello Lodge of Freemasons. He will be missed by all who knew him, especially his friends and family.
He is survived by his children, Conrad Westbrook (Andrea), of Crystal Springs; Mark Westbrook (Pam), of Sumrall; Eric Cosper (Carmelita), of Albuquerque, N.M.; and Tara Wilson (Johnny), of Monticello. He also leaves behind 11 grandchildren and three great-grandchildren; as well as one brother, Eullis Westbrook; and a host of friends and family.
Jerry was preceded in death by his parents and his wife, Dusty Miller Westbrook; along with his grandson, Mark Christopher Westbrook Jr.; one sister, Lorittis McCullough; and one brother, George Elton Westbrook Jr.