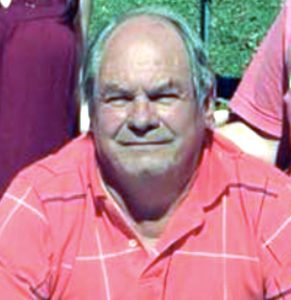 Charles “Willard” Barnett, 67, of Monticello, passed away June 28, 2021, at his home. Willard was born Oct. 24, 1953, to Charles Willard Barnett Sr. and Dorothy Brown.
A funeral service was held July 1 at Wilson Funeral Home.
Mr. Barnett was a master carpenter and steel erector, and a long-time employee of Fountain Electric; he last worked for R.K. Wallace Steel Erectors. He loved to play jokes on his family and friends.
He is survived by his wife of 32 years, Jamie Barnett; and by his children, Rodney Barnett (Michelle), of Ruth; Raymond Barnett (Ashley), of Brandon; Lisa Sykes (Cory), of Braxton; and Debbie Kallos (Ted), of Jayess. Willard is also survived by two siblings, Dyan Mead and Richard Barnett; as well as 17 grandchildren, nine great-grandchildren, and his nieces and nephews.
Those preceding him in death were his parents; two sons, Stevie Westmoreland and Cliff “Biggy” Westmoreland; two sisters; and three brothers.