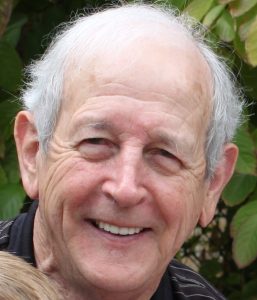 Isaac Hilton Nelson, 80, of Foley, Ala., passed away May 2, 2021, at Ochsner Medical Center in New Orleans after a brief illness. He was born June 15, 1940, in Monticello to Julia Lambert Nelson and Aubrey Nelson.
He was raised in Monticello and always had stories to share of his childhood there. He graduated from Monticello High School with the class of 1958. He then attended Mississippi State University and was a resident of Old Main Dormitory at the time it famously burned in 1959. Ike graduated from Mississippi State with a Bachelor’s of Mechanical Engineering degree in May 1962 and went to work for Boeing in Huntsville, Ala. He later moved to Cocoa Beach, Fla., where he worked in Chrysler Corporation’s Aerospace Division as a project engineer and was witness to many early rocket launches. He was working at Cape Canaveral the day of the Apollo I disaster in 1967, an event which affected him deeply.
In late 1967, he moved to Columbus, Miss., to work for American Bosch as a product development engineer, designing products for the automotive industry. It was here that he met his future wife, Lucy Egger, whom he married on Jan. 18, 1975. Ike and Lucy welcomed two sons while in Columbus, and they had very active years there with a wide circle of friends.
They relocated to Wagoner, Okla., in 1983 so Ike could become manager of product engineering at Prestolite Electric, where he oversaw the development and design of various components for the automotive and other industries. In 1987, they relocated once more to Tulsa, Okla., where he became a research and development manager for fishing gear manufacturer Zebco/Motorguide, holding various roles throughout the company until his retirement in 2003. In 2006, he and Lucy permanently relocated to the Alabama coast. He spent his retirement years managing their vacation condominium rentals, which he enjoyed because it allowed him to meet people from all over the United States, many becoming repeat clients and friends.
Ike was a truly upbeat person who always had a positive outlook, a willingness to do anything for anyone, and he never met a stranger. His wife and children were recipients of his constant love, care, and support. He remained youthful, even at age 80, and had the energy and determination of a much younger man. Ike often enjoyed live music, and he loved to tinker on cars, boats, or anything that could engage his engineering mind. In the late 1960s and 70s, Ike even owned a Formula Vee race car and would often compete in race circuits throughout the south. He was an avid golfer, a fisherman, and a lifelong Mississippi State Bulldogs fan.
He was preceded in death by brother-in-law, Travis Polk; and nephews, Shane Polk and Guy Purvis Jr.
Ike is survived by Lucy, his wife of 46 years; his sons, Mark (Evan), of Palm Springs, Calif.; and Eric (Bonnie), of Houston, Texas; his two grandchildren, Cooper Nelson and Emery Nelson, his two sisters, Martha Ingle, of Monticello; and Peggy Polk, of Silver Creek; as well as his many loving in-laws, nieces, and nephews.
A memorial service will be held Saturday, June 5, at Wilson Funeral Home in Monticello. Visitation will be at 10 a.m., followed by a memorial service at 11 a.m.
In lieu of flowers, memorials may be made to the donor’s choice of charity or through the Mississippi State University Foundation and designated for the “College of Engineering Scholarship Fund,” 400853.