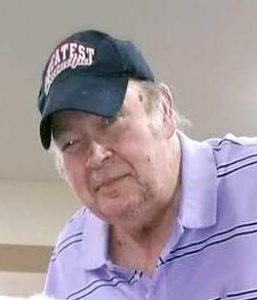 Johnny Lee Norris, 70, of Monticello, passed away May 5, 2021, at Merit Hospital in Brandon. Johnny was born Feb. 6, 1951, in Cleveland, Texas, to Buley and Bessie Dunaway Norris.
Memorial services will be held on a later date. Wilson Funeral Home is handling arrangements.
Johnny retired from the oil field after 25 plus years. He was a loving husband, father, brother, grandfather, great-grandfather, and friend. He was a kind-hearted man who enjoyed caring and providing for others, especially close friends and family. He graduated from Seminary High School in 1970. He was a member of Santee Baptist Church in Bassfield. Johnny will be missed by everyone.
Those preceding him in death were his parents, two daughters, six brothers, and five sisters.
Johnny is survived by his wife, Dorothy Norris, of Monticello; daughters, Pam Norris, of Tennessee; and Roni Smith (Tim), of Monticello; 10 grandchildren; five great-grandchildren; mother, Dorothy Mae Norris, of Collins; sister, Carla Bullock (Richard), of Seminary; brother, Ed Norris of Lufkin, Texas; and numerous nieces and nephews.