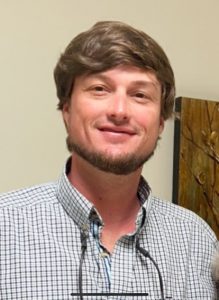 Adam Cole Daughdrill was born on Nov. 6, 1984, to Jackie Lee and Beverly Hinton Daughdrill in Jackson. Adam was 36 years old. He went home to be with his Lord and Savior on Friday, March 26, 2021.
Adam was a member of New Hebron Baptist Church, a 2003 graduate of Prentiss Christian School, and a 2006 graduate of Copiah-Lincoln Community College. After college, Adam spent 10 years working in the oil and gas industry before becoming owner/operator of Adam Daughdrill Poultry Farms. Adam enjoyed being surrounded by his family and friends. He had a bright, energetic personality and was known for his sense of humor. He had a passion for farming, rodeos, and mostly, his children. Adam was a loving son, husband, father, brother, uncle, nephew, and friend to many.
He is preceded in death by his maternal grandparents, David Hinton and Berniece Hinton Culpepper; and his paternal grandparents, Elza Lee and Marie Daughdrill.
He is survived by his wife, Kayley Blackwell Daughdrill; his children, Taylor Jackson Daughdrill, Katie Grace Daughdrill, and Baby Daughdrill (arriving August 2021); his parents, Jackie and Beverly Daughdrill; his sisters, Leanne Powell (Matthew) and Laura Sumrall (Brandon); as well as a host of nieces, nephews, aunts, uncles, other relatives, and friends.
Adam will forever be deeply missed by all who knew and loved him.