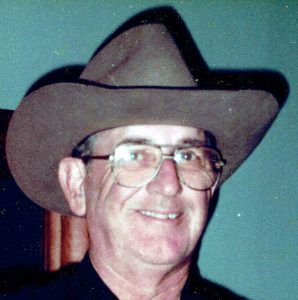 Funeral services for Sebie Cordell Lambert, 88, of Jayess, were held on Feb. 28, 2021, at Divide Memorial Methodist Protestant Church in Monticello, with burial in the Divide Memorial Methodist Protestant Cemetery. Rev. Matthew Lambert officiated, with Wilson Funeral Home handling arrangements.
Mr. Lambert passed from this life and into the presence of his Heavenly Father on Feb. 25 at his home. He was born on Jan. 10, 1933, in Lawrence County, to Albert and Lillie Calhoun Lambert. Mr. Lambert was a veteran of the United States Navy and earned his degree from the University of Southern Mississippi, after which he spent a career as an accountant in both the public and private sector. He was a life-long cattle farmer and always enjoyed researching his family’s history and genealogy. Mr. Lambert was a devoted husband, father, and grandfather. He was also a loving brother and uncle who enjoyed family reunions where he was able to connect and spend time with his extended family. He will be missed by his family and a host of friends.
Preceding him in death were his parents; his grandson, Joseph Lambert Jr.; and his siblings, Buford G. Lambert, Maurice Renfroe, Melva Faye Lambert, Murl Mahaffey, Albert E. Lambert Jr., and Pauline L.R. Alexander.
He is survived by his wife of 60 years, Dorothy Herrington Lambert; one son, Joseph Lambert Sr. (Missie), of Rogers, Ark.; and two daughters, Julia Lambert and Janice Lambert, both of Jayess. He is also survived by one brother, Donald D. Lambert, of Sartinville; and numerous cousins, nieces, nephews, great-nieces, and great-nephews, as well as great-great nieces and great-great nephews.
The family would like to extend their appreciation to his caregivers and St. Luke’s Hospice.
In lieu of flowers, memorials in Mr. Lambert’s name may be made to Divide Memorial Methodist Protestant Church, 8 Divide Rd., Monticello, MS 39654; Wesley Biblical Seminary, P.O. Box 9938, Jackson, MS 39286; or a charity of your choice.