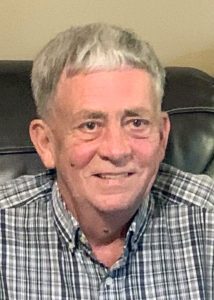 James Carroll (Slick) Speights, 66, of Monticello, passed away Feb. 22, 2021, at Mississippi Baptist Medical Center in Jackson. James was born Oct. 26, 1954, in Jackson to Horace Jr. and Lavon Speights.
A funeral service was held Feb. 26 at Oak Vale Baptist Church in Oak Vale, with graveside services following in Oak Vale Baptist Church Cemetery. Bro. Eddie Myers officiated, with Wilson Funeral Home handling arrangements.
Slick was a loving father, grandfather, brother, and friend. He worked in the oil field for over 25 years as a crane operator. He was a Master Mason in New Hebron Lodge #508. He was a friendly, out-going person known for his humor.
He is survived by his daughters, Christy Ainsworth (Jason), of Sumrall; Amanda Roussel (Lynn), of Paulina, La.; and Bessie Russell (Jake), of Monticello; brothers, Ricky Speights (Debbie), of Hattiesburg; and Thomas Griffis, of Forest, La.; sisters, Wanda Kay Daley, of Monticello; and Theresa Brantley (Perry), of Forest, La.; seven grandchildren; two great-grandchildren; and a host of friends.
Those preceding him in death were his parents, Horace and Ilyss Speights, and Lavon and Bill Griffis; and sister, Janice Ann Davis.
In lieu of flowers, the family requests that donations be made to the American Heart Association in his memory.