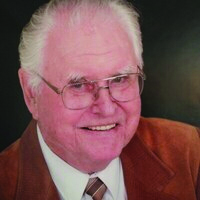 Bobby Frank Lee, 89, of New Hebron, passed away Jan. 25, 2021, at home while surrounded by his loving family. A graveside service was held Jan. 27 at Owens Cemetery in Shivers, with Pastor Danny Dickerson officiating. Saulters-Moore Funeral Home handled arrangements.
Pallbearers were Steve Lee, Robbie Lee, Matt Sanders, Larry Williams, Randy Chappell, and Wade Westmoreland.
Mr. Lee was born Feb. 22, 1931. He was enlisted in the U.S. Navy from January 1951 to December 1954 and served aboard the USS Kearsarge CVA-33 during the Korean War. In 2018, he was honored to receive a Korean Ambassador for Peace Medal from the South Korean Government. After being honorably discharged, he began a career with South Central Bell (later BellSouth) and retired after over 30 years of service to continue working full-time on his cattle farm and for seven years as a rural route postal carrier. He was a man of unquestionable work ethic, impeccable character, and indisputable honor. He loved to make people laugh, and he never hesitated to help someone in need. Mr. Lee was raised in Shivers Baptist Church and later in life joined New Hebron Baptist Church. His life was fully devoted to God and his family.
He was preceded in death by his parents, Samuel Maxwell and Mary Lou Dampeer Lee; his brothers, Willie Welton Lee and Sammy Lloyd Lee; and his sisters, Hilda Lee Stegenga, Mary Lee Reed, Lou Ann Lee Wells, and Kathleen Lee Hartzog.
He is survived by the love of his life and wife of 55 years, Charlotte Chappell Lee; their children, Suzanne Lee Herold (Danny), Angela Lee Helms, and Stephen Maxwell Lee; grandchildren, Robbie Lee, Ty Helms, and Adrian Herold; and a host of nieces and nephews.
The family would like to thank the staff of Kindred Hospice for the compassionate care and love they provided to Mr. Lee and all of his family.