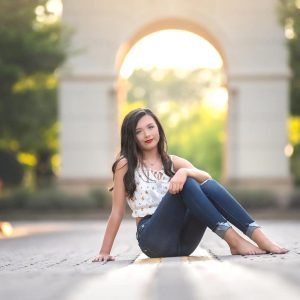 AnnaKate Powell, 15, passed away Jan. 14, 2021, at the University Medical Center in Jackson.
AnnaKate entered this world on July 29, 2005, in Hattiesburg. She was the first daughter of Zack and Heather Powell. She was later joined by sisters Maeley (11) and Karli (6).
She attended K5 at Prentiss Christian School and New Hebron Attendance Center from first grade to eighth grade. She was a bright student who received numerous awards, including: Superintendent’s Scholar, Highest Averages, Hall of Fame, and many others. While at NHAC, she was a member of the cheer squad, First Priority, the Elite Club, GATE, and Jr. Beta Club. She was a friendly, outgoing spirit who was nominated by her peers for numerous “Who’s Who” categories. She was selected as “Class Beauty” throughout her time there.
AnnaKate was currently attending Lawrence County High School where she was ranked fifth in her sophomore class. She was a member of the Beta Club and Diamond Dolls, and represented her class as the treasurer.
She had a beautiful soul, and she exhibited kindness and love to all who knew her. She had a take-charge personality and was rarely wrong. She loved her family and friends, and enjoyed spending time with them. She was the happiest riding on the Pearl River; she also loved riding her side-by-side to watch the sun set every night. She was an old soul who enjoyed the simple things in life, but she was also young enough to blare “Temporary Love” while taking in the sights. AnnaKate’s absence leaves a painful emptiness in all who loved her.
AnnaKate is survived by her parents; her little sisters; grandparents, Jack and Gajuena Ward, and Cindy Powell; great-grandparents, Emmitt and Tootsie Bullock, and Gloria Ervin; aunts, Kortney Ward and Brittany Myers (Chad); and uncle, Bradley Powell (Janet). She is predeceased by her grandparents, Glenn Powell and Sherry Ervin Powell; and her aunt, Vicki Ward.