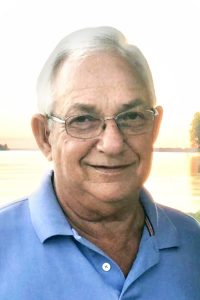 Willie Price Wallace, 74, of Brandon, passed away Dec. 31, 2020, at St. Dominic Hospital in Jackson from COVID-19 complications. A graveside service was held Jan. 2, 2021, at Crestview Memorial Gardens in Brandon, with Dr. Clarence Cooper officiating. Wright and Ferguson Funeral Home in Flowood handled arrangements.
“Mr. Willie” was a native of Lawrence County and raised his children in Rankin County. He was a loving husband, father, and Papa who always worked hard providing for his family. Many of his professional years were in the trucking industry, winning multiple annual state competitions and competing in the National Truck Driving Championships consecutive years. Willie was a servant leader, including serving his country in the Army Reserves, various boards of directors, as an elected official, as a deacon of Concord Baptist, New Hope Baptist, and Brandon Baptist churches. After his children were grown, Willie later returned to Lawrence County, where he served for 16 years in the Lawrence County Sheriff’s office. Serving the people of Lawrence County was a badge of honor where he poured love and affection into everyone he encountered.
He had a gifted way with people, a warm and inviting demeanor that made people feel like they were his best friend; and, once a friend always a friend. He genuinely cared and had a reservoir of love; it seemed he could draw from whomever came his way. Willie was a good-hearted, hard-working man who loved God, his family, and others from his tender heart. Showing love came easily to him, and his cup overflowed to his family and countless friends.
He was preceded in death by his parents, Bill and Nina Wallace; his wife of 50 years, Sandra Strebeck Wallace; brother, Roger Wallace; and sister, Mary Anna Martin.
Survivors from his first marriage include his children, Stephanie Wallace Walton (Jay), of Nashville, Tenn.; Steven Wallace (Charity), of Brandon; and grandchildren, Willie Walton, Ruby Walton, Cristina De La Rosa, Reagan Wallace, and Wilkes Wallace.
Survivors from his second marriage include his wife, Joy Thurman Wallace; his stepchildren, J.J. Carney (John), of Monticello; Gregg Thurman (Christi), of Springtown, Texas; and Chris Thurman (Wes), of Hattiesburg; step-grandchildren, Anne Morgan Carney, John Taylor Carney, Lauren Batson (Eric), Reagan Thurman, Laci Thurman, Gavin Thurman, and Calin Thurman; and a great-granddaughter, Lilly Rose Batson.
He is also survived by his sister, June Wallace Smith, of Jayess; brothers, Butch Wallace (Melanie), of Jayess; Smitty Stuckey, of Panama City, Fla.; and a host of nieces and nephews.
Pallbearers were Sheriff Ryan Everett, Congressman Michael Guest, Ray Smith, Troy Travis, Chuck Wilson, and his oldest grandsons, Reagan Wallace and Willie Walton.
The family requests memorials be made to the prison ministry of Hands Up Outreach of Rankin County at www.rankincwjc.org or Flint Global Partners’ orphan transition programs at 114 N. Cedar Ave., Ste. I, Cookeville, TN 38501.