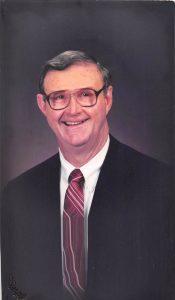 Jack C. Leonard Sr., 85, of Monticello, passed away on Dec. 7, 2020, at University Medical Center in Jackson. Visitation will be held from 5 to 8 p.m. on Wednesday, Dec. 9 at Wilson Funeral Home in Monticello. Visitation and funeral services will be held from noon to 2 p.m. on Thursday Dec. 10 at Evans Funeral Home in Florala, Ala., with graveside services following in Smyrna Baptist Church Cemetery in Florala. Wilson Funeral Home is handling arrangements in Monticello and Evans Funeral Home in Florala.
Jack was born June 29, 1935, in Covington County, Ala., to William Mose and Mellie Tuberville Leonard. He proudly served his country in the U.S. Air Force. He worked for Georgia-Pacific for 48 years. He was a Master Mason for over 50 years. He enjoyed spending time on his farm raising cattle and was a member of New Zion Baptist Church in Monticello. He was a loving father, grandfather, great-grandfather, brother, and friend to everyone.
Those preceding him in death were his parents; wife, Mildred Leonard; four brothers; and six sisters.
Jack is survived by his sons, Jack Leonard Jr. (Melissa) and Mose Leonard (Susan), all of Monticello; three grandchildren; six great-grandchildren; and one sister.