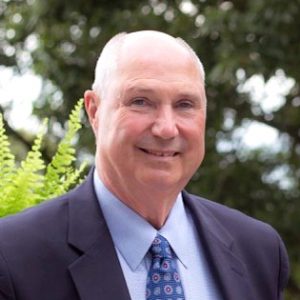 On Sept. 30, 2020, Sammie Lee Henry, the loving husband of 47 years and father of two children, passed away at the age of 72. Sammie was born July 31, 1948, to Harvey Acy Henry and Esther Odessa Henry, of Clinton.
Mr. Henry graduated from Clinton High School in 1967. He then attended Delta State College, Hinds Jr. College and in 1992, received a Bachelor’s of Business degree from William Carey College in Hattiesburg.
Command Chief Warrant Officer CW5 Sammie Henry graciously dedicated his life to his country. His combined service to the United States of America totaled 33 years. He initially joined the United States Army in 1969, which lead to two tours in Vietnam spanning from 1970-1972. Upon his return, he was awarded the Air Medal, Bronze Star Medal, Vietnam Service Medal, Republic of Vietnam Gallantry Cross Unit Citation with Palm, and Republic of Vietnam Campaign Medal.
As a decorated Vietnam veteran, Sammie continued his valiant effort to honor his country and joined the Mississippi Army National Guard. During his tenure with the Guard, Sammie was awarded two National Guard Minuteman Awards. Sammie retired in 2002 as the first Command Chief Warrant Officer of the State of Mississippi. His phenomenal efforts and ambitions with the Guard were evidenced and recognized by his being awarded the Legion of Merit Medal and the Mississippi Magnolia Cross Medal. Upon retiring from military service, Mr. Henry worked as a military contractor with Engineering and Professional Services for nine years.
Mr. Henry was a devout Christian and is remembered for his uncompromising integrity and his love for the Lord. He served the Lord in many capacities. He was a deacon and Sunday school teacher at Monticello Baptist Church in Monticello. He also attended Village Baptist Church in Fayetteville, N.C. Additionally, Sammie was involved with a Promise Keepers group in Fayetteville. He was devoted to his family, church, and many friends. He loved to entertain a room full of people with his many stories and jokes.
Sammie was preceded in death by his parents; sister, Betty Fernandez, of San Antonio, Texas; brother, Jimmie Henry, of Jackson; and grandson, Blaine Reynolds, of Jayess.
Sammie is survived by his wife, Dianne Henry; and two children, Jason Henry and Kay Fuller. Jason and his wife, Krissy Henry, are residents of Charleston, S.C. His daughter, Kay Fuller, is married to Trent Fuller, of Monticello. He was the proud grandfather of Logan Henry, married to Emily; Mary Kathryn Henry; Megan Reynolds; and Logan Fuller.