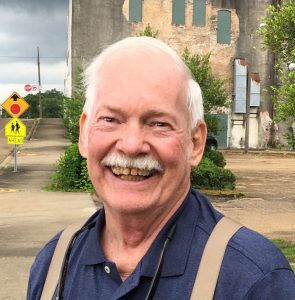 Duane L. Russell, 78, of Monticello, passed away on Aug. 26, 2020, at St Dominic Hospital in Jackson. A funeral service was held on Aug. 29 at Wilson Funeral Home in Monticello. Graveside services followed in Easthaven Cemetery in Brookhaven. Bro. David Fortenberry officiated, with Wilson Funeral Home handling arrangements.
Duane was born March 14, 1942, in Monticello, to Benjamin Osby and Gladys Laird Russell.
Duane graduated from the University of Southern Mississippi. He began his teaching career in Slidell, La., teaching mathematics for eight years. He then moved back home to Monticello with his wife Carmen. He became a staple of the Brookhaven School District as counselor and then as director of guidance for over 30 years. He will be remembered for countless hours helping young people achieve their goals. After retirement, he continued to help others by teaching GED courses. He was most proud of his two grandchildren.
Those preceding him in death were his parents; wife, Carmen Russell; son, Michael Russell; brother, Osby Russell; and sister, Annell Cox.
Duane is survived by his sons, Ethan Alan Russell (Bethany) of Coker, Ala.; and David Russell, of Brandon; two grandchildren, Kinsley and Grayson Russell, also of Coker, Ala.; sister-in-law, Brenda Russell, of Monticello; brothers-in-law, Tom Martin, of West Monroe, La.; and Ken Martin, of Vicksburg; sister-in-law, Helen Fontenot; a host of nieces and nephews; and special family friend, Chad King.