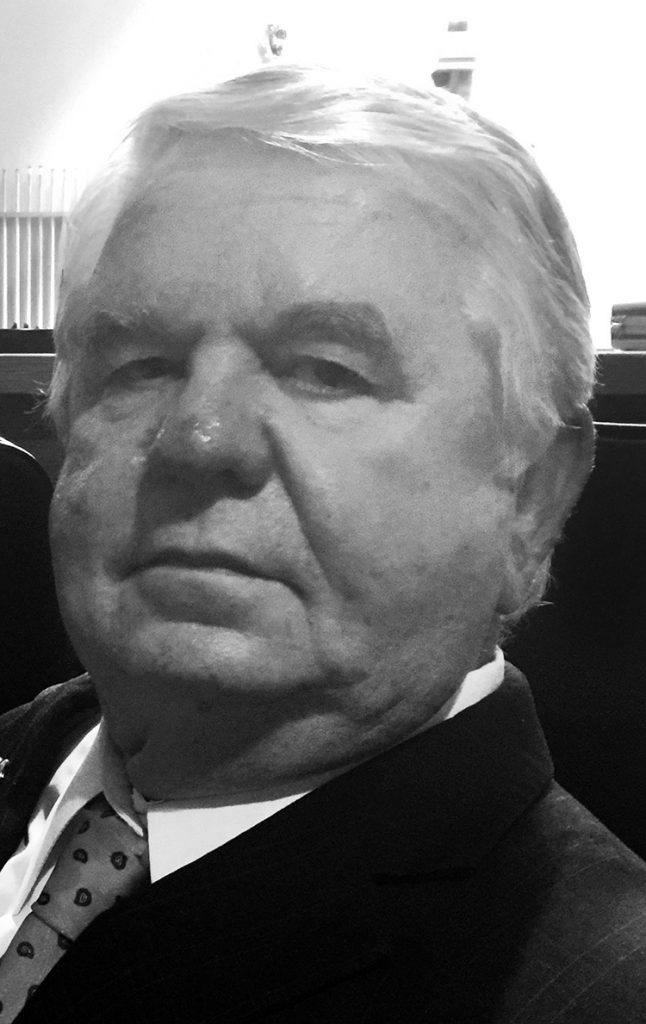 Bob Strange was born 28 July 1950 in Hattiesburg and died on 24 May 2020 in Terry. Bob is survived by his wife, Lynn Gaddis Strange; and daughters, Angela Stoner (Chris), of Jayess; Alicia Strange (Rueben), of Hattiesburg; and Adrienne Strange, of Vicksburg; as well as seven grandchildren, Ryan Stoner, Sean Strange, Alyssa Marbury, Megan Wallace, Josh Stoner, Aiden Strange, and Ethan Strange. He was preceded in death by his parents, Robert A. Strange Sr. and Winnie Rae (Dyess) Strange, of Hattiesburg; and stepson, Kolby Porter, of Vicksburg. He is survived by his siblings, Susan Romanini, of State College, Penn.; Thomas Strange (Karen), of New Augusta; and Alan Strange (Kathy), of Chicago, Ill. He is also survived by his mother-in-law, “Miss Marilyn,” of Terry; and Lynn’s daughters, Chris Hest (Patrick), of Minneapolis, Minn.; and Amanda Gutierrez, of San Antonio, Texas. He had many loved nieces, nephews, and cousins. He had countless cherished friends, among them Gene Abbott, Jon Duncan, and Rick Skinner. It is painful not to list more, given his wide circle of friends, and we regret that. He truly loved and was loved by so many.
Bob was an ardent patriot and lover of his country. He served for forty-three years in the U.S. Marine Corps, National Guard, and Army Reserve, retiring in the last as a lieutenant colonel, serving in the Vietnam War and Desert Storm. He also worked for these many decades for the power company, retiring as a senior safety specialist with Entergy. At Tylertown High School, he was a state miler and discus-throw champion, loving to run for years thereafter. He also graduated from Southwest Mississippi Community College and William Carey University. For recreation, Bob was an avid sportsman and hunter of deer, dove, quail, etc.; and was a renowned shot, in fact, and a first-rate trainer of bird dogs. He loved team sports, going to Talladega, and playing golf at the Tallulah Country Club. He adored karaoke, having fans (including some big-name artists), making CDs, and doling out autographs, known on sight and always welcomed at many places, from The Games and Klondike in Vicksburg to the Cat’s Meow in New Orleans.
Bob was instrumental in starting and developing several local volunteer fire departments. He was an EMT and EMT trainer, starting programs for such in several counties. He had a passion for public service and strongly supported public servants (police, fire, military) at all levels, believing that service to God and one’s fellow man made for a useful, joyful life.
“Bad Bob,” as he was affectionately known by so many, was a showman, radiating irresistible charm and infectious bonhomie. Bob was a member of the BOARD Club, Moose Lodge and Legion, prominent in the Masons (Scottish Rite) and the Knights Templar Lodge (Master and Past Master of W.G. Paxton 559), and especially so in the Elks, where he served as District Deputy, Exalted Ruler, and Mississippi State President (2018). During his tenure as State President, Bob and First-Lady Lynn especially enjoyed visiting the lodges and traveling throughout the state, a delightful year for them both in spite of the onset of Bob’s illness. Through his many organization memberships, and his work and military connections, he had friends and acquaintances throughout The Magnolia State, which he loved dearly.
Bob was especially large-hearted and a go-to guy for any charitable event (a master fund-raiser), giving self-sacrificially and always a good ticket-seller (jocularly threatening “ass-whipping” to those reluctant to give). He was the sort of man who excelled in whatever he put his head, heart, and hand to, and had fun while doing it. To conclude, as he customarily began on introduction: “I’m Bad Bob from Vicksburg, Mississippi: you might’ve heard of me!” In lieu of flowers, memorial contributions may be made to your preferred Shriners Hospital for Children.