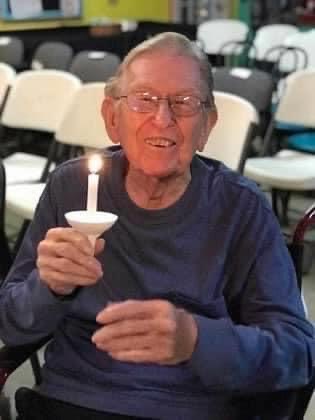 Howard Alexander was born to the late Lemmie and Lottie Carney Alexander on July 9, 1931, in Jayess. He changed his address and forever moved in with the king of his heart, Jesus, on April 25, 2020, at 8:26 p.m., at which time he immediately began to organize everything and plant flowers in his new home.
He was a faithful member of the kingdom of God and worshiped with his friends and family at Powell’s Grove Church, which he made his home church many, many years ago. He was a friend to every pastor he had and served as their church secretary/treasurer.
He was one of the first employees of Croft Metals in McComb, holding only one job his entire life. Many nights we would hear a knock on the door from someone seeking employment and not one time did he ever turn them away. He always gave everyone a chance and a place to work regardless of race, education, or past failures.
He cherished every person God put in his life. At Christmas time, if you passed by his home, you would see gifts out by the garbage bin and in the mailbox as he showed appreciation to those who helped him in any way, whether they ever knew his name or not, he called them friend.
He is survived by his wife of 66 years, Gertie Alexander; one sister, Rebecca Hawn; eight grandchildren; and 20 great-grandchildren.
Our dad, husband, and Pawpaw will be greatly missed.