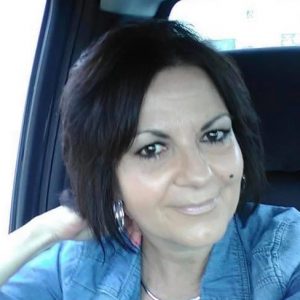 Paula Ann Ainsworth, 55, of Jayess, passed away on Sunday, April 12, 2020, at her residence in Jayess. Paula was born June 12, 1964, in Tylertown, to Paul Mullins and Ann Pittinger Hyde.
Graveside services will be held at 10 a.m. Thursday, April 16, at Sartinville United Methodist Cemetery. Bro. Dan Campbell will officiate the services with Wilson Funeral Home in charge of arrangements.
Paula was a loving daughter, wife, mother, grandmother, sister, and friend. She was a kind-hearted woman who enjoyed caring and providing for others, especially her five grandchildren. Paula enjoyed spending time with her family and friends and her daily afternoon nap. She worked as a Justice Court Clerk in both Lawrence and Walthall Counties for over five years. She was a member of Sauls Valley Baptist Church in Tilton.
Paula is survived by her daughters, Savannah Reid, of Caledonia; and Stephanie Reid, of Brookhaven; mother, Ann Hyde, of Monticello; sisters, Shelia Mangrum, of Cincinnati, Ohio; Stacey Mullins, of Monticello; Michelle Calcote, of Jayess; one brother, Michael Mullins, of Monticello; and five wonderful grandchildren.
Those preceding her in death were her father; husbands, Steve Allen Reid and Robert Ainsworth; and one brother, David Wayne Mullins.
Paula will be greatly missed by everyone.