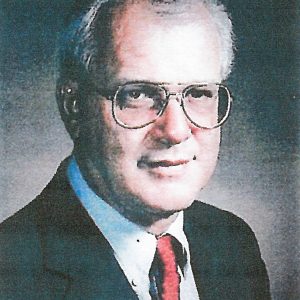 Stanley A. (Stan) Hicks passed away Friday, March 6, 2020, at his home in Longview, Wash. He was born to George and Gertrude Hicks on Dec. 28, 1936, joining his two-year old brother, Edgar Lee. The family moved from the Salkum, Wash., area to Kelso, Wash., when Stan was four years old, and he grew up there. He attended Wallace Elementary, Carl Puckett Jr. High, and graduated from Kelso High School in 1955.
Stan began his career in the pulp and paper industry in 1955 at the Longview Weyerhaeuser mill as a union employee, and because of his excellent work ethic, dedication, and hard work, moved up in the industry very rapidly, starting Ul six new mills in many towns throughout the U.S. and B.C. One of those mills was in Monticello, Miss., where Stan supervised a state-of-the-art facility. In 1980, Stan went to Battle Creek, Mich., and from there was sent to Houston, Texas, again moving up in administration of a large paper mill. In 1989, Stan moved to Port Angeles, Wash., and worked as paper mill manager for Daishowa America for 10 years. In May 1998, Stan retired after 43 years of making paper. One of Stan’s favorite expressions was, “You can take the man out of South Kelso, but never South Kelso out of the man.” So, he moved “back home” to the Longview-Kelso area after retiring. Stan welcomed retirement with the same enthusiasm he had for his work and never looked back.
Stan’s first marriage was to Helen Jones in 1957, and they had two daughters, Debra and Denise. On June 16, 1979, Stan married Rayna (Hansen) Harris and added her children, Susan, Cynthia, Robert, and Mark into his family. Stan and Rayna enjoyed living in many places, made friends each time, joined churches, bowled a lot in Battle Creek, played lots of tennis while in Houston, bought a fifth-wheel trailer, and traveled back to Mississippi and Texas to spend time with children and grandchildren. Attending Mariner Spring Training in Peoria, Ariz., with friends and family became the thing to do for over 10 years. Kelso Class of ‘55 has kept close relationships through the years, and there were lots of great gatherings, trips, Friday morning breakfasts, 3-Rivers golf, Christmas parties, monthly class lunches, and occasional card games. Stan and Rayna bought a quaint little beach house in Long Beach where many family reunions, quilt retreats, and sunsets were enjoyed.
Preceding Stan in death were his parents; his brother, Edgar; and his son, Mark Harris. Surviving him at home is his wife, Rayna. Children include Debra Butler (Dean), of Silver Creek; Denise McCloud (Scotty), of Monticello; Susan Shetler (Lee), of Washington; Cynthia Hawley (David), of Arizona; Robert Harris Jr. (Shalako), of Texas; 10 grandchildren; and 10 great-randchildren; many nieces and nephews.
A memorial service to honor Stan and celebrate a life well-lived was held at Emmanuel Lutheran Church on Friday March 13, 2020, in Longview, Wash., with Pastor David Martin officiating. An additional service will be held in Monticello on a later date.