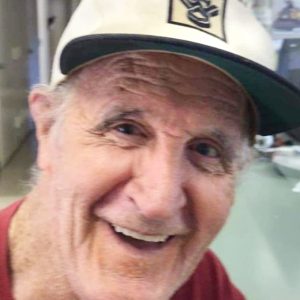 Funeral services for William “Bill” Lambert were held Tuesday, March 17, 2020, at Wilson Funeral Home in Monticello. Burial followed in the Shiloh Baptist Church Cemetery in Sontag. Phillip Davis officiated the services with Wilson Funeral Home in charge of the arrangements.
Mr. Bill, 76, of Monticello, passed from this life on Sunday, March 15, 2020, at Merritt Health in Jackson. He was born on October 23, 1943, in Copiah County, to Jack and Alpha Herrington Lambert.
He enjoyed visiting with his friends and drinking his coffee at Ward’s Restaurant in Monticello. Mr. Bill will be missed by many.
Preceding him in death were his parents; and half-brother, Charles Raines.
Survivors are his half-sister, Ava Lee Raines, of Oregon; half-brother, Tommy Raines, of Oregon; a host of cousins; and a very special friend and caregiver, Susan (Sugie) Smith.