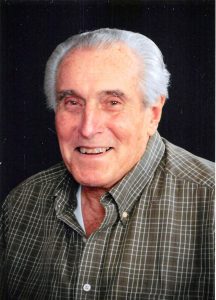 Aubilyn Marvin Ballard
Mr. Aubilyn Marvin Ballard, son of the late Ausby and Bertie Rea Ballard, was born February 15, 1934, in Monticello. He attended the public schools of Lawrence County and was a graduate of Monticello High, class of 1954. At an early age, Mr. Ballard professed his faith in Jesus Christ. He attended Bethel Baptist Church and was a dedicated member. At Bethel Church, he served his famous chicken and dumplings and attended Hezzie Williamson Sunday school class.
Services were held Friday, February 14, 2020, at Bethel Baptist Church. Graveside services followed in the Church Cemetery.
In the 1960s, Mr. Ballard was the owner and operator of the Spin A Cone Drive-In located in Monticello. Later in the 1970s, he was employed as an Alcohol Beverage Control Agent in Natchez and Brookhaven. He returned to Monticello in the 1980s and worked for Halliburton Energy Services until retirement. He was united in holy matrimony to Johnnie Reeves in September of 1989. Upon retirement, Mr. Ballard enjoyed farming with his son and grandsons while also serving as president of Lawrence County Water Association until his death.
As a result of his generous spirit and pleasant personality, he was loved by many. His Christian life was as beautiful as the great-grandkids he loved so well, and his influence will forever remain in the lives of all who knew him. He quietly departed this life Monday, February 10, 2020, at Kings Daughters Medical Center in Brookhaven.
His beautiful life will forever be cherished in the lives of his children: Mike (Tanya) Ballard of Monticello, Mark Calkins of New Orleans, Louisiana, Donna (Kyle) Breland of Tylertown, Denise (Neal) Dykes of D’Iberville, and Sheryl (Gary) McCoy of Cleburne, Texas; seven grandchildren: Michael (Taylor) Ballard, Marty (Alyson) Ballard, Tasha (Pete) Barham, Aaron Dykes, Callie Dykes, Zachery McCoy and Virginia McCoy, and six