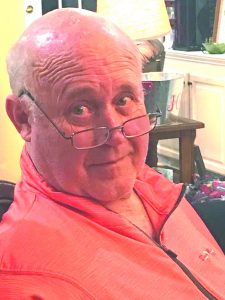 Ronnie Douglas, 61, passed away Monday, July 1, 2019 at Anderson Regional Medical Center in Meridian. Memorial services Friday, July 5, 2019 at John E. Stephens Chapel in Philadelphia and another was held on Saturday, July 6, 2019 at Shiloh Baptist Church in Sontag.
Mr. Douglas was born in Clarksville, Tenn. on September 2, 1957, and later moved to Sontag. He made his home in Neshoba County for the past 25 years. He was a warehouse manager for Edwards Electric in Philadelphia. His hobbies included hunting, fishing, playing golf, bowling, gardening and making people smile. He was a member of Shiloh Baptist Church.
He was preceded in death by his father, Oscar Odell Douglas.
Survivors include a special friend, Pat Douglas; mother, Helen Douglas of Sontag; sister, Pamela Foggle of Monticello; brothers, Donald Douglas (Shelia) of Drummonds, Tenn. and Kevin Douglas (Pam) of Sontag; and several nieces and nephews.
In his memory, please “pay something forward” by helping a person in need for no apparent reason. Love on someone for no reason or speak to a stranger with a smile on your face. Do what you know Ronnie would do for no other reason than to know in your heart it would be something Ronnie would do.